These few weeks, I've been addicted to the game called "Candy Crush Saga".

Well, the game itself is self explanatory where you try to align as many similar "candies" in a row horizontally or vertically. The more in a line, the bigger the POWWAH! :)

But here's the best part, when you get 2 super POWWAH next to each other like in the picture below, that's when the magic begins!

With these combination, they zapped all of the candies. Quite useful when you're in a pinch or hard-to-get-places you see :)

So today apparently there was an update to the game. Unfortunately enough, those who updated, seemed to have the game crashes upon loading (which took longer than normal,maybe few seconds).

After checking the game's Google Play page, seems like I am not alone!

Lots of people seem to have the similar problem. I guess majority of it happened because we've set the app to update automatically,maybe.. 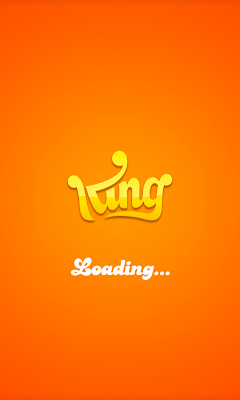 As of now, there still are no new updates to fix the problem. Guess we'll just have to wait and see then.
*crossing fingers* 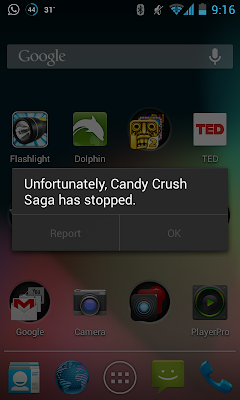 Update: 3rd April 2013
Apparently less than a day after the initial update, Candy Crush developers released a new update, around 13MB in size.

I'm happily addicted to the game again :)
Posted by Unknown